First off, I want to thank all the people from all over the world who check into this blog. It’s really cool to know that people in the USA, China, Spain, France, Germany, Italy, Israel, Canada, England, Ireland, and Singapore have read my words. Leave a comment if you want. I would love to hear from you!

Now is the time in my blog where I try to convince you, the reader, to buy and read my books, if you haven’t done so already. I understand it’s almost Christmas and who has time to read a book, right? We’re all busy getting ready for the holidays. Of course, I’m not going to try to guess what everyone’s Christmas will be like in these trying times, with the COVID Pandemic. I do hope you, your families and your friends are safe and healthy. Once all the excitement and stress is over, I hope you get some downtime to relax, rest and recharge. That would be a good time to start a new book series. (hint hint) …

Okay. Here it is: Links to purchase my books. This time I’m going to link you to an Amazon page for the Jett Landry Saga. From there you can click on both books. I’m currently working on the third book in the series. Read the first two so you’ll be ready for the third. It’s gonna be so cool. The coolest …

The Jett Landry Saga is, at it’s heart, the story of a young woman who goes from being oppressed to empowering herself in a very dangerous world. The Fuse takes place in fictional Port City, Texas. Jett, a teenager, is the only kid in her school that isn’t wealthy and white. A small group of kids bully her and make her living at school very difficult. One other kid, Melinda, reaches out to her and their friendship changes the direction of both of their lives. They begin to discover there is something evil lurking in Port City that directly affects Jett. Jett’s dad, private investigator Marcus Jackson, knows more about what’s going in Port City but is determined to protect Jett, who is biracial and the target of racism and bullying, from the reality of what’s happening as he tries to expose the corruption that protects a human trafficking operation.

Urban Legend takes place four years later the events of The Fuse. Melinda is off to law school while Jett remains in Port City, trying to come to terms with a tragedy and make sense of her life. But a mysterious hero, a woman on a motorcycle, is rescuing victims of a human trafficking ring in the rural counties north of Port City. No one knows who she is, but rumors abound. They say she seems to know their secrets she brings fury and vengeance to anyone who tries to stop her.

The Jett Landry Saga is about friendship, loyalty and the heroes of a new generation. It’s about the fight between good and evil and everything in between.

I have the honor and I am humbled to have 100% five star Amazon ratings (as of the moment I’m writing this) for the Jett Landry Saga (The Fuse and Urban Legend). My goal is to make you, the people reading this blog, feel like you want to read these books. Or I, at least, want to give you an idea what the books are about so that you can decide for yourself if you want to read these books. So I thought it would be cool to post a few samples of reviews I’ve received about each book so far.

“This story of good versus evil is as gripping as it is timely. The evil that lurks in Port City is alive and completely relatable and relevant to the climate of today’s society. As a reader, I celebrated with every victory scored by Jett Landry and her family and friends, turned every page longing for that triumph of good versus evil. This book will bring you on a rollercoaster ride, it’s anything but predictable. The last chapter took my breath away and I will be thinking about it for a long time.”

“This story introduces a wonderfully complex character, who is thrown into a world of dark politics and violent abuses.”

“Truly impressed!
Character development was solid.
I would recommend to my friends (and have!).”

“I love the way the story develops. It draws you in and you become emotionally connected to the characters whether you love them or hate them. Film noir vibe with a modern setting.”

“This action packed read kept me on the edge of my seat!”

So far, people in the following countries have purchased/downloaded the eBook of Jett Landry: The Fuse

Jett Landry: Urban Legend has been out one week as of today. So far there are two reviews. Both reviewers gave the book five stars and said they were unable to put the book down.

Leave a comment and a review of this blog! Or just tell me what you think.

I appeared on the Beaumont Y2Z Podcast to talk about Jett Landry: The Fuse! 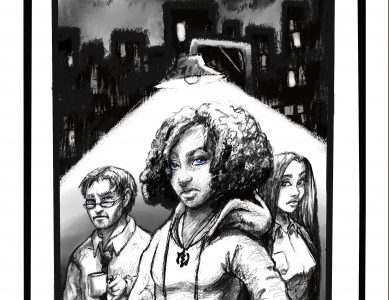 Need something to do this weekend? Are you Netflixed out? Read a book! Remember when we were kids and we spent hours in our rooms reading our favorite novels and comics? I read everything from Star Wars, to James Bond (by Ian Fleming, the original Bond novels) to whatever science fiction, mystery or spy novels I could get my hands on. I’d read them over and over again, trying to get every detail of the story, find things I may have missed, figure out the characters. The first book I checked out at the public library was “A Wrinkle in Time.” I enjoyed the movie, but there is just something about reading the book. You get so much more. You get a feel for the characters’ thoughts and motivations. You get details that can’t be portrayed on a screen. You get scenes that, for practical or time reasons, didn’t make it into the movie. You get the WHOLE story. Don’t get me wrong, I love a good movie. I’ll watch a good movie over and over. But you invest in a good book, and the payoff is astronomical.

I discovered two things in my teens: Film Noir and novels by writers such as Raymond Chandler. First person accounts by gritty, no nonsense characters who live hard lives and try to make sense of a sleazy, violent world. A character who doesn’t really want to be a hero, but they end sacrificing themselves for the greater good anyway. I have this belief that Han Solo (Star Wars, duh) is the cleaned up science fiction version of this same character. When he shot Greedo under the table at the cantina he was playing the part of the classic film noir anti-hero. Or maybe not, I don’t know. It’s a matter of opinion, I guess. But Han shot first, I don’t care how Lucas tried to revise the story later. But I digress.

When I started writing “The Fuse” I intended for Markus Jackson, Port City Private Eye, to be that guy. He lives in a sleazy world, trying to make sense of things that don’t add up but isn’t shy about punching a problem in the mouth if he runs out of more reasonable options. Or if he just feels like a problem needs a punch in the mouth. He’s a throwback to the film noir troubled protagonist who works in the shadows. The prologue opens like many noir stories: He’s sitting at a bar, telling his story in first person narrative, when a beautiful woman walks in and changes his life forever. He knows it the minute he sees her; when she sits next to him at the bar and asks for a light for her cigarette.

Chapter One cuts to fourteen years later and now Markus Jackson has a teenage daughter who gets bullied at school. The story is no longer in first person narrative as told by Markus Jackson, because the story is no longer about him. It’s about his daughter, Jett. As parenting goes, when you have a kid, your life is about their story, and that’s how Jackson sees it. But Jackson is working on a case where he recognizes some creepy parallels between Jett’s experience with bullies, how the school district (mis)handles the bullying, and the corruption he is uncovering in his missing persons investigation. Are these two plots related? I don’t know. Read the book and find out. The answers are shocking! (Ha ha. Using dramatic words to get your attention).

Read the book, write a review on Amazon, and let me know here, on Twitter or Facebook what you think. If you like the book, recommend it to your friends.